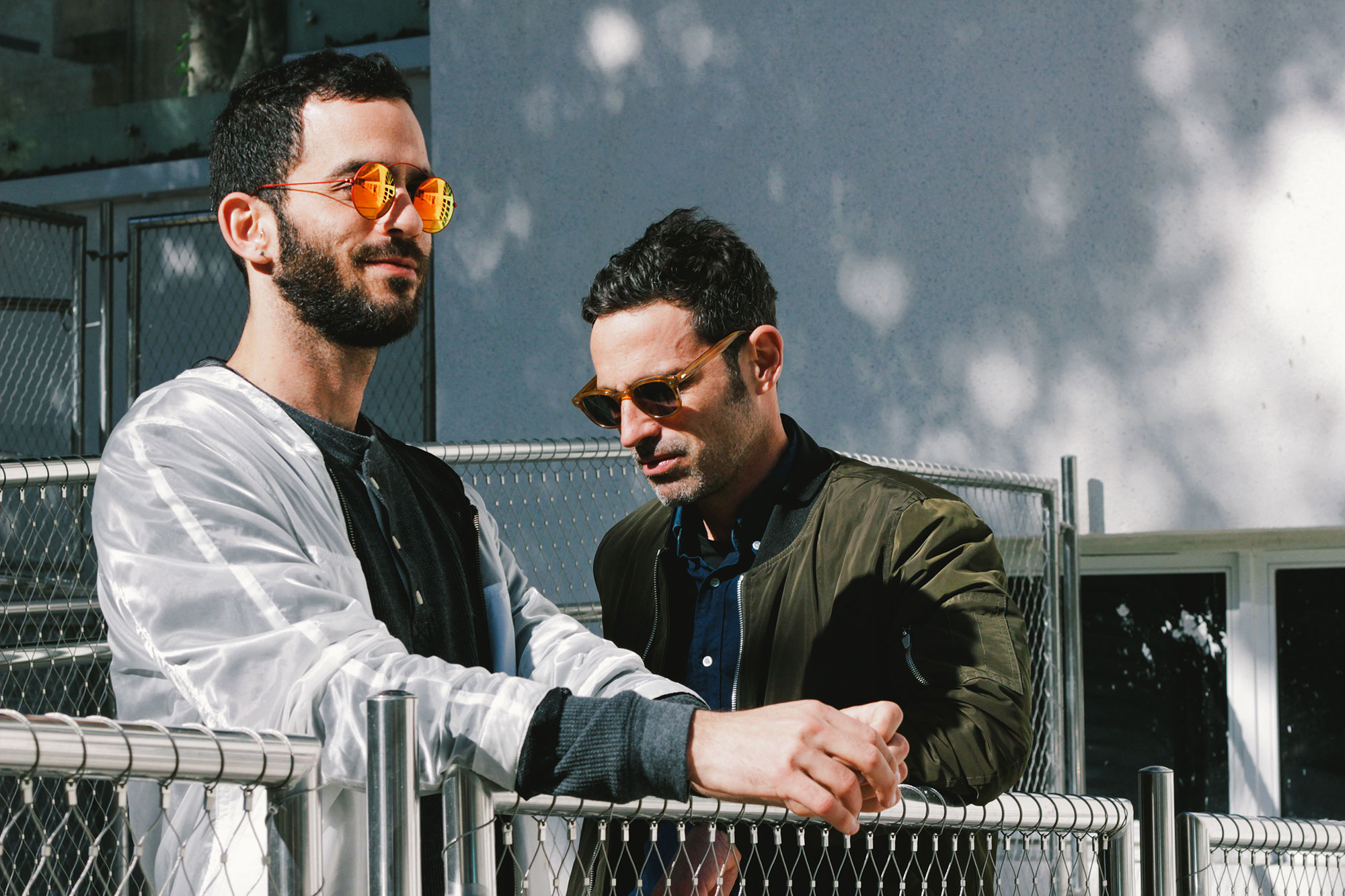 With its stark Bauhaus architecture, the largest Gay Pride in Asia, a burgeoning creative scene and a knockout food culture to boot, it’s no surprise Tel Aviv is considered by some as the 'Manhattan of the Middle East.'

Proud to call this cosmopolitan coastline home are Sahar Shalev and Tal Sznicer, a fashion writer and interactive designer respectively, based in the heart of the city. As native Tel Avivians, the creative couple share varying views on their hometown, its communities and its complex relationship with the rest of Israel.

We took a tour around their apartment and neighbourhood to hear more about life in The White City.

Tell us a bit about yourselves and briefly describe your path to now.

SAHAR: I’ve been working as a writer and editor in the fashion industry since 2009. I originally studied philosophy, film studies and media studies and never planned on becoming a writer – especially a fashion writer at that! In 2008, I started a menswear blog called Ha Garconniere, which is where my interest began. When I returned to Tel Aviv, I landed a job as a menswear writer at Haaretz, one of the most prestigious Israeli newspapers.

TAL: In 2008, I studied graphic design at the Bezalel Academy of Arts and Design in Jerusalem. Since graduating, I’ve been a Creative Director at Zeek and currently work as a product manager and lead designer at Enlight, a photo editing app.

How would you describe your home aesthetic and how does it define you as a couple?

T: It is complicated but at the same time it’s very simple. For me, our flat is a reflection of everything we have. It’s our fortress – comforting, peaceful and harmonious. With it, I can really see Tel Aviv through the eyes of Sahar, from his perspective. I don’t know how to describe it any other way.

We also love to host people and it’s definitely become our ‘thing.’ We’ve tried to create a salon culture – our friends come over for coffee and dinner all the time.

S: In Tal, I’ve found someone who I can share my aesthetic with and I think our house is a reflection of that. We’ve never had any arguments about the flat itself – what to buy, where to hang things, what to throw away… I like to think it’s a sign of a strong relationship.

For me, our flat is a reflection of everything we have. It’s our fortress – comforting, peaceful and harmonious.

Tell us about the creative scene in Tel Aviv. How does it compare to other cities?

S: Tel Aviv is filled with young, creative people, eager to work on both commercial and non-commercial projects. There are so many places and activities that people are passionate about, that aren’t necessarily driven by profit – something you don’t often see in other cities.

When I moved to Williamsburg in 1998 for example, the neighbourhood was completely different to how it is now. Back then, there were a lot of creatives doing their thing, unrestricted by space or money. Nowadays all you see are condos and fancy shops and the idea of something being ‘off-Broadway’ or ‘underground’ no longer exists.

The social scene in Tel Aviv is also unlike any other city. We were recently chatting with some Israeli friends of ours, who currently live in America, about how the coffee culture in this city is so distinctly Tel Avivian. Often when you’re sat in a cafe, someone you know will walk past and join you. Everyone is always welcoming and people come and go as they please. It’s a very easy going atmosphere and one that I’ve not experienced anywhere else.

T: The city is also just the right size – not too big or too small – so it’s natural to know a lot of people, without feeling overwhelmed by its scale. It’s also a city of contrasts. Turn left and you may see The Norman, a new boutique hotel off Rothschild Boulevard. But turn right you’ll be greeted by a disused bus station!

How does life in Tel Aviv compare to the rest of Israel?

S: I think Tel Aviv likes to think of itself as a cultural, Western bubble, separated from the rest of the country. But in reality, it’s not. Every two years or so there’ll be a war or a missile – a very vivid reminder that you’re part of this national problem, this conflict.

T: In terms of gay life however, Tel Aviv is really setting the standard. The food culture here is also incredible, especially the vegan and vegetarian scene.

I think Tel Aviv likes to think of itself as a cultural, Western bubble, separated from the rest of the country. But in reality, it’s not.

Tell us a bit about the gay culture in Tel Aviv. How has it evolved?

S: Over the years, the presence of gay people in the city has developed rapidly, leading to a more mainstream acceptance. Unlike 20 years ago, LGBT people here are now fighting for equal rights and marriage and not for recognition. I remember the first ever Gay Pride parade on Shenkin Street in 1992. It was very small back then. There wasn’t even a march, just a gathering. The revolution since then has been amazing.

T:  When I was a teenager, I used to travel to Tel Aviv from my hometown in Kfar Saba; that’s when my fling with Tel Aviv started. I used to take a bus to and from parties and also visit The Aguda, the national LGBT centre.

T: You didn’t know that? I would often come to buy gay magazines. We did have the Internet but it was nowhere near as accessible as it is now.

I remember the first ever Gay Pride parade on Shenkin Street in 1992. It was very small back then. There wasn’t even a march, just a gathering.

How do you feel the Internet has changed your behaviour now as a gay man? Has it had any impact on your relationship?

S: Gay men, including myself, now have much more awareness of their own image – something I both like and dislike in equal measure. Nowadays, everything is very considered and pre-planned. It’s highly prevalent in my profession, especially the area of street style photography. I remember reading an article recently about ‘How To Get Shot By The Sartorialist.’ I hate it. It’s become incredibly clichéd and lost a lot of it’s genuine spontaneity.

T: I’m not sure this problem is specific to Tel Aviv though, rather a consequence of gay social media in general. Five years ago, when you saw someone you were interested in at a party, you’d talk to them. Now you can just write to them online. Saying that though, we are starting to see a change in this behaviour. Bars such as The Block and The Shpagat specifically discourage the use of mobile phones in their clubs.

Are you a part of any gay communities in Tel Aviv?

T: I can’t fully define it but I definitely feel we’re part of a community – a gay/creative community of sorts. It influences the parties we go to, the places we visit and the people we surround ourselves with.

S: I don’t think we’re members of a specifically ‘gay’ community though. I feel like we belong to a community, rather than a gay community.

T:  But Sahar, there are a lot of gay people in our community… That’s what I mean. The places we go to, the bars, the clubs – they’re all part of our experience and ultimately our sense of community.

What’s next for you guys? What are your future aspirations?

S: I’m not sure to be honest. At the moment I’m starting to feel increasingly exhausted from the fashion world. I’ve been asking myself a lot of questions lately. Where do I see myself? Do I really want to continue working in fashion? How many more dresses do I really need to see? Stay tuned for the next episode to find out more…

T: I actually feel the opposite. I’m at a point where I’m hungry to progress further into my career and to become more specialised in my area of interaction design. I’m currently applying to study a second degree. I want to explore experimental thinking to better understand culture and behaviour and explore how digital technology is becoming a part of our everyday lives. That way, I can understand how to make an impact in this world.

Do you see yourselves staying in Tel Aviv?

T: We are looking at New York but I’ve also applied to universities in London. I love Tel Aviv and the people here but I know I’m ready to have an experience abroad. I want to have a taste of the Big Apple as they say! 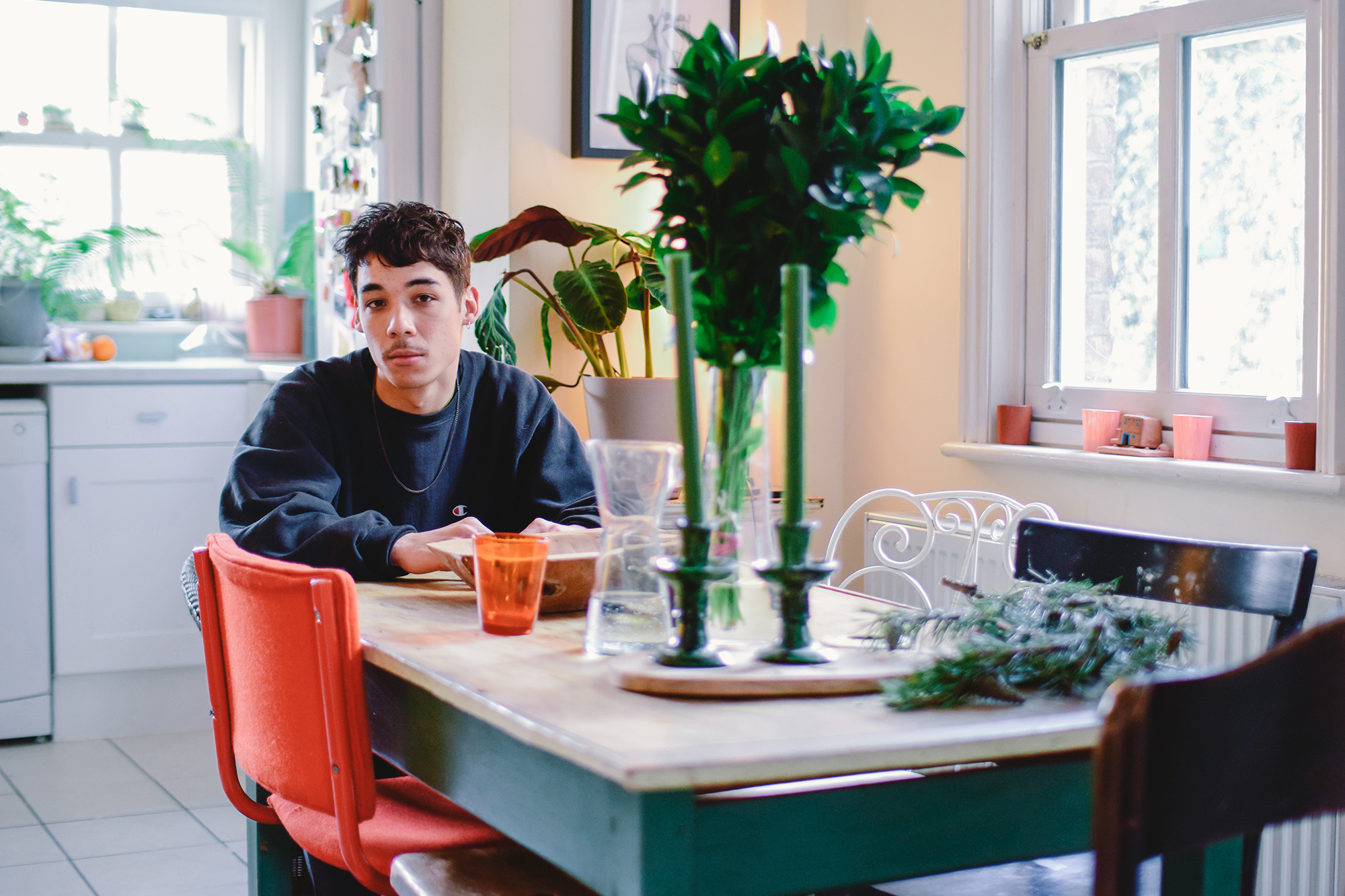