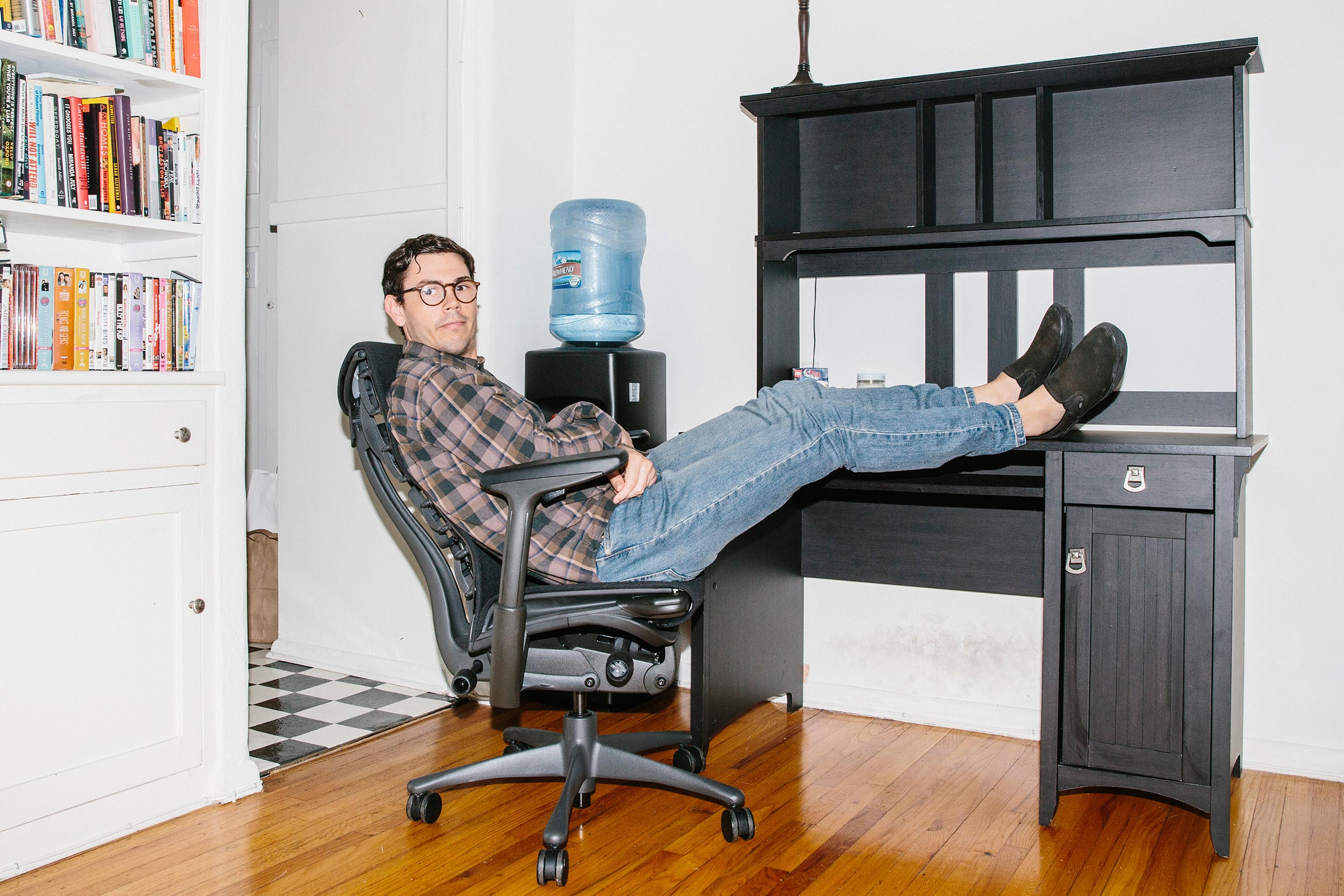 Ryan O’Connell is a very special guy. A writer, aspiring adolescent and professional feeler of emotions (his words, not ours) his work perfectly captures the all-too-familiar failings of the Internet generation.

It’s fair to say that 2015 was a pretty great year for Ryan. In June, he published his first book, I’m Special – a hilarious memoir documenting the peaks and pitfalls of a twentysomething gay guy living with cerebral palsy. In the six months following the book’s release, Ryan has since begun work on a TV series adaptation whilst also making the OUT100 list as one of today’s most influential and honest LGBT voices.

Unsurprisingly, Ryan speaks exactly as he writes: his words served bluntly and casually with a large helping of lols. We caught up with the quick-witted writer at his Los Angeles home (or Los An-Jealous as he calls it) for some much needed #realtalk.

Tell us a bit about your relationship with Los Angeles. How long have you lived here?

I’ve actually lived here for two years but I’ve been in LA on and off, for like forever. I used to live in Ventura, a small beach town similar to Laguna Beach but with meth. I moved to New York in 2008 but every summertime I’d come back to LA and sublet an apartment for a few months. My family live here so it’s always felt like home to me. I lived in New York for six years and it never felt like home. Moving back didn’t feel like starting over either. It felt like I had a life here that was waiting for me, ready to be picked up from baggage reclaim. It was like, “Here you go! It’s yours now!” It was a very seamless transish and I’m super excited to be back.

How long have you been in this apartment?

Six months. I moved in last August and had to buy a bunch of fucking furniture because I didn’t have any. It’s a great building though. There’s something super magical about it. There’s a water fountain outside that goes non-stop and, at night, they turn on these little white lights that light up the entire courtyard. The vibes are super-fucking zen.

I sometimes feel like I’m part of a weird community here even though I don’t actually talk to anyone. It’s like the movie Rear Window, minus the murder. Well, I’ve only been here six months…maybe there will be a murder.

So, I wrote this next question but I don’t remember what it means.

“How would you describe the style of where you live in relation to your writing style?” Do you feel that your aesthetic is something that comes across in your writing?

Yeah, actually. In terms of my style, I want my writing to feel dreamy. I’m in love with the word dreamy and everything it evokes. I listen to a lot of shoegaze music like The Jesus and Mary Chain, My Bloody Valentine, Slowdive, etc. There’s a certain amount of fuzziness to it. That’s what I want my writing to convey.

I also feel very connected to California and the sunshine. It’s an aesthetic that I enjoy and I think that comes through in everything I do. Like this apartment, for example…it’s so fucking ‘California.’ It has a Spanish-style villa vibe, two stories and a balcony that overlooks this amazing fucking courtyard. Everything is so old and falling apart but I wouldn’t want it any other way.

I also love how you can see into everyone else’s apartments. It’s so intimate babe. I’ve seen my neighbour naked like four times and he’s definitely seen me naked like four times. As a writer you always love to spy. You always want to know what people are doing and what their rituals are.

Definitely. You have to be a bit creepy to be a writer.

You have to be. I’m always creepin’. People don’t know it, but I am.

Where do you go in LA to be creatively inspired?

I don’t really know what part of LA inspires me. Maybe Laurel Canyon? I love a canyon moment. I don’t know why. But all of LA does inspire me, in its own way. There is so much to see and so much to do. I get inspiration from each part…except the part that I live in!

It’s not a conscious decision. I’ve made a career out of writing about my life and my sexuality plays such a huge part in that. It informs everything I do. I never think that I’m going to write something really gay. It all just bleeds together.

In general though, I do think there is a shortage of gay content. I recently read The Andy Cohen Diaries and was addicted to it. It’s now one of my favourite books but I’m not totally sure why. I think it’s because it was about a gay man just telling his everyday story – how he goes on Tinder dates, watches Britney Spears videos at 2am with his gay friends and gets stoned with his dog. There were so many things very specific to the gay experience in that book that you don’t see reflected that much in popular culture. We’re all thirsty for some reflection of our reality.

To that end, I do want to represent gay life in some way and the struggles that I have faced. I just want to get real about what being gay is actually like – like shitting on someone during sex. All the messy stuff that being gay entails. I want to do it with humanity and humour and earnestness. I don’t think there’s a ton of that.

Do you think stories like that are something that only gay men are wanting to hear about or can they appeal to a wider audience?

I think there are universal themes in every story. I’m sure you can write a story about shitting on someone’s chest that allows any reader to empathise with it in their own way.

People are always wanting to be understood. It doesn’t matter what you’re writing about. With my writing, it’s often about what it feels like to be human, not necessarily gay. The things that I write about – relationships, jobs, friendships, blah blah blah – are things that everybody wants.

Growing up, friends would come to me for advice and I would be able to diagnose their behaviour because it was so obvious to me. They would be like, “I’ve never thought about it that way!” It made me realise that when people experience things, they often can’t explain or understand it. It’s my job as a writer to help people understand.

That’s true. But I guess you can’t be honest with everyone…

I’m pretty honest. If anyone comes to me for advice, they know what they’re getting into. They’re getting real talk. I find it very difficult to walk around on eggshells. It’s caused issues in the past with friends because I can be a little intense. I don’t know what else to be!

How would you describe the Los Angeles gay community?

But listen: everywhere you go, there’s going to be certain types of gays hanging out in certain areas, frequenting certain bars and restaurants. New York is so small that there’s a spillover. LA is incredibly segregated and it can be because it’s so fucking spread out! So the gays who live in West Hollywood – they’re not going to want to go to Atwater Village or Akbar. That shits far! I come here to West Hollywood and I’m invisible. I’m not in these guys’ journey. I’m not the one for them and they’re not the one for me. Physically, we are two ships passing in the night.

Gay guys will always have a tribe mentality. It makes sense that they have their own little subcultures. That said, I do wish they merged more. I really do. You can get too cut off by hanging out in your own bubble. You need to experience everything.

How do you think the gay culture in Los Angeles compares with the rest of the US?

I have no idea! I’ve only lived in San Francisco, LA, and New York. San Francisco has the best gay culture because it’s not segregated at all. People from all walks of life party together. I go to gay bars there and I see all kinds of guys: twinks, bears, hipsters, mainstream – whatever! They’re all there living, laughing, and fucking together. It’s so cool to see that. Everything is in a blender.

Gay culture in America though: who the fuck knows? I only know what the Internet tells me. I live in a metropolitan bubble here. We all do. I don’t think we understand what it could be like for a gay man in like Alabama. Seriously, what is that like? What is their gay culture like? I would love to see a show about that. I went to New Orleans last summer and went to a few gay bars and I loved it. There were people from all walks of life. There were no egos. It was harmonious and fun.

Gay culture in America: who the fuck knows? I only know what the Internet tells me.

I’m pitching my television show to various networks including HBO, Showtime, Netflix and Hulu. Then I’m going to write the pilot and see what happens. It’s a super long process getting a show developed. You have to create the pitch, find a producer, pitch it, sell it, write the pilot, and then – if the network likes it – they’ll order a season. That could take like two years though. Who the fuck knows? I’m just excited to go out and pitch my idea. I need to exorcise it because it’s been living inside me for too long. We’ll see if anyone wants to buy it and then move on.

Until then, I’m eating a lot of chopped salads and working on my gym moment. That’s it. 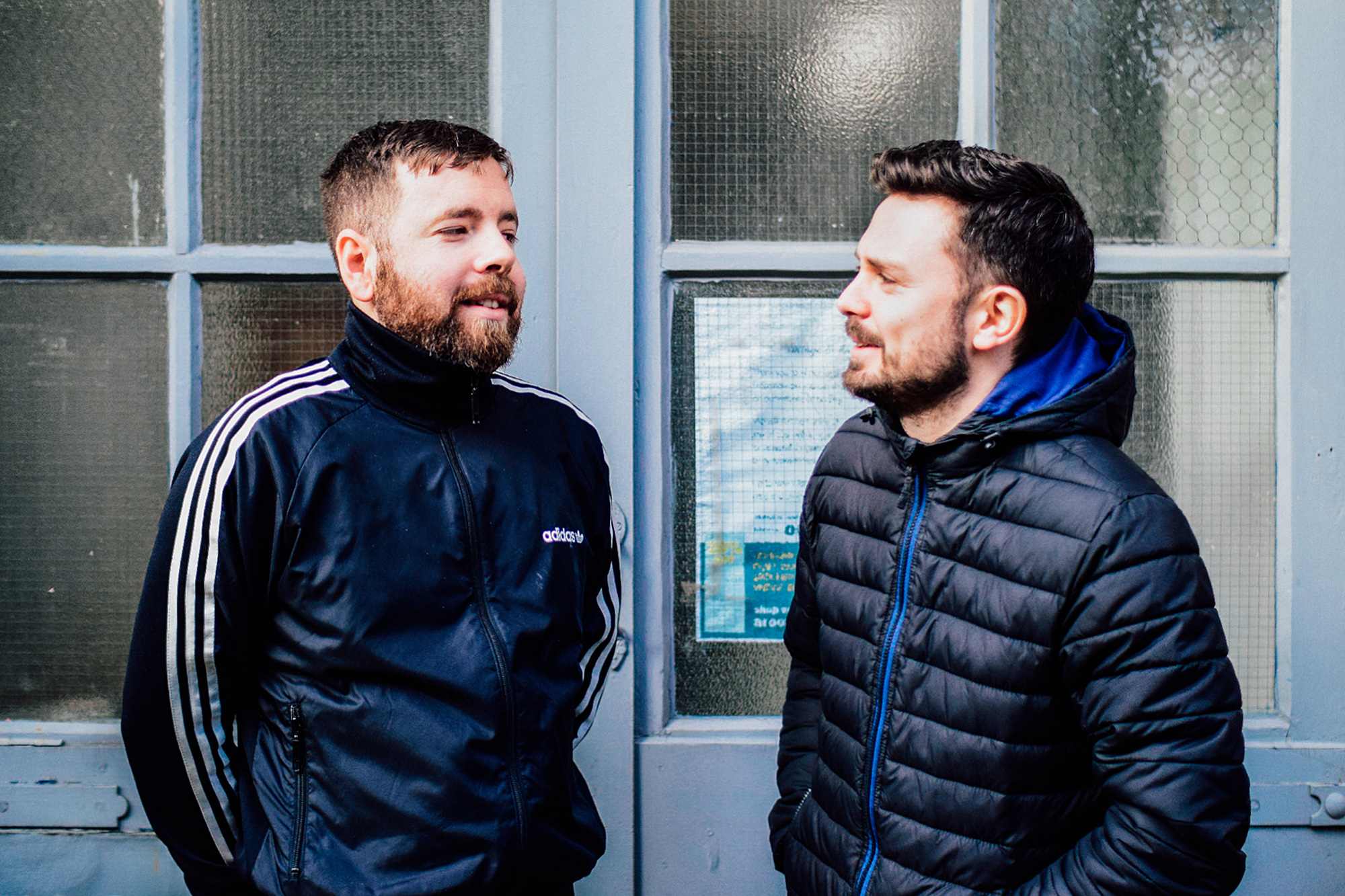