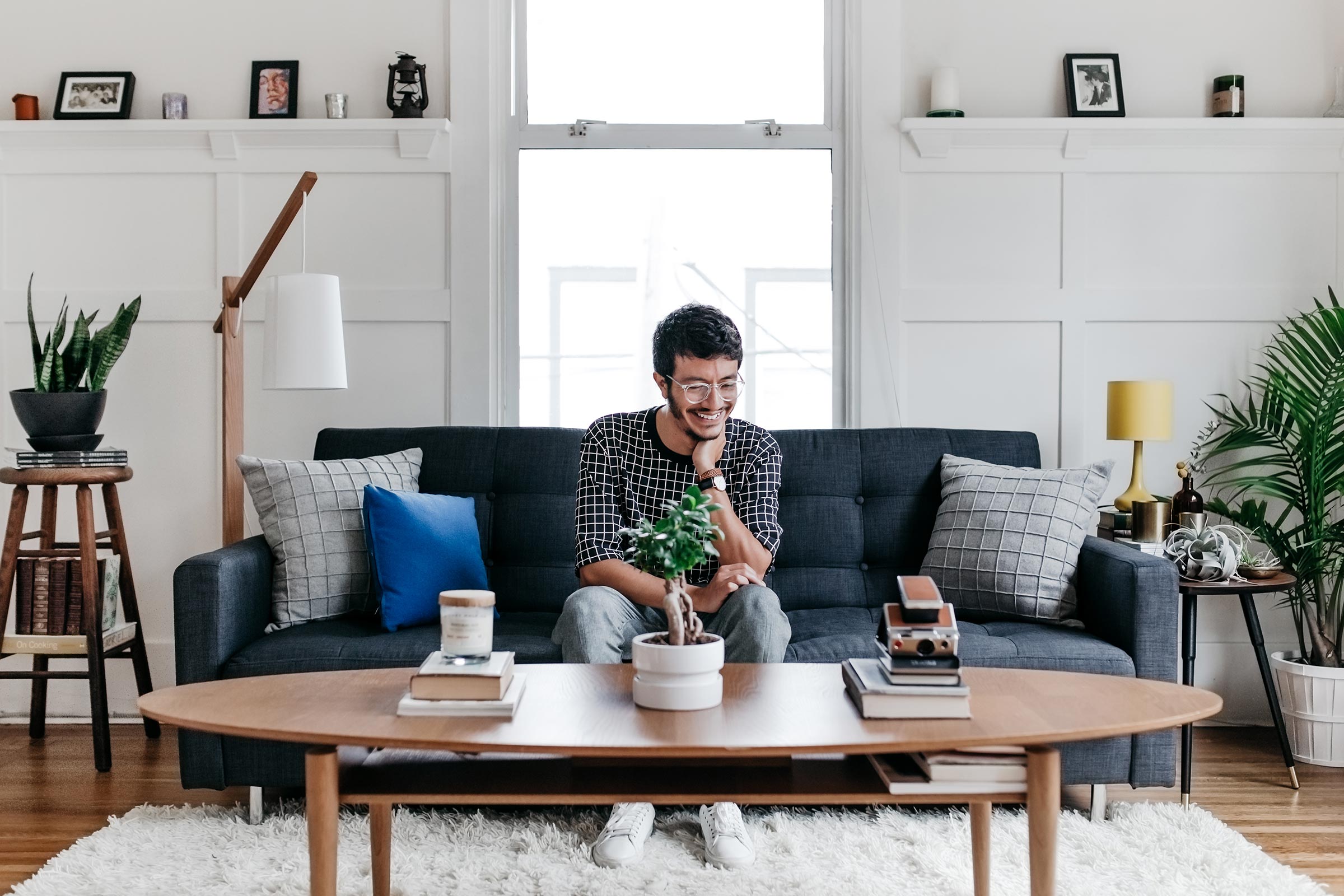 From Instagram to indie mags, drool-worthy images of food have become commonplace in our daily lives, tempting our taste buds at every turn. But nailing that perfect shot is no mean feat, a fact Food Stylist and Photographer Gabriel Cabrera knows all too well.

Swapping margaritas for maple syrup, Gabriel moved from his hometown of Mexico City to Vancouver in 2006, aiming to take a bite out of Canada's burgeoning culinary scene. His blog (and now digital alter ego) The Artful Desperado, is a delicious combination of mouth-watering photographs and light-hearted recipes, all served with a sprinkling of his signature Mexican spice.

We caught up with the self-proclaimed foodie to hear more about his meticulous art, Vancouver’s evolving gay scene and the importance of good table manners.

Tell us about yourself and briefly describe your path to now.

Hi! I’m Gabriel, a Food Stylist and Photographer based in Vancouver, Canada. I’m originally from Mexico City, one of my favourite cities in the world, but moved to Canada to pursue a career in the culinary world. I thought I was going to become a Mexican Nigella Lawson – pouring olive oil on things and eating amazing food, all whilst looking super hot in the kitchen. Unfortunately, after finishing culinary school, reality hit me right in the face and I quickly realised that life in the kitchen was not what I had expected.

A few years later I decided it was time to quit working at restaurants. I just wasn’t happy; the stress, the schedule… I couldn’t handle it. After applying for what seemed like thousands of roles, I got a job in marketing for a large company here in Canada. It was a junior position, but hey, I wasn’t going to complain. That job introduced me to social media and let me jump to an even bigger job, as a Community Specialist for a tech company.

During my time there, I started my blog Artful Desperado which acted as my creative outlet. At some point I remember thinking ‘I wanna get back to my culinary roots… maybe I should post a recipe!’ and so, I did.

Four years on, I’m now doing Food Styling and Photography full time (after hundreds of sleepless nights and summers with no beach time) and I’m happy to say, I love my job.

Where did the moniker Artful Desperado come from?

It was one of those “shower thoughts”. The original name I had for my blog was ‘The Gbox’, which looking back, sounded like an Xbox-sponsored sexual toy. In all honesty, I remember saying random combinations of names and phrases. Somehow the word ‘desperado’ appeared in my mind and kaboom! Artful Desperado was born.

Talk us through a typical day as a food stylist.

Oh my, I’m not sure there is a typical day! But for the purpose of this question, let’s pretend there is.

If I’m working on a corporate project, I’ll often meet with brand managers and other bigwigs who will provide detailed information and guidelines about how to best present the food. Then it’s onto the photo shoot where the food is styled with laser precision as it has to look exactly like the client wants it. Going through hundreds of spinach leaves to find one perfect one? Yep! That’s normal. Moving a slice of tomato an inch to the left? Totally OK. Styling a burrito – yes, a goddam burrito – can take anywhere from 1.5 to 2.5 hours. Mind you, the food usually dies within minutes of being on set, but it’s all the before and after that takes time.

If I’m working with lifestyle brands, or for myself, it’s often not as strict. I get to have much more fun on set and do weird things, such as climbing a ladder to dump a bag of icing sugar on a cake or make sculptures with citrus fruit. Either way, there’s never a dull day!

Going through hundreds of spinach leaves to find one perfect one? Yep! That’s normal.

How do you feel social platforms like Instagram are changing our relationship with food? Are we becoming more interested in how our meals look, as opposed to how they taste?

I think there’s some of that. People definitely love the beauty of food (it’s in our genes) and platforms like Instagram have opened the door to a world of possibilities. Nowadays we can see amazing meals at any time and place – that’s super cool. In a way, it’s helping our cultural intelligence.

However, on the less positive side, Instagram can become an obsession. I swear some people no longer go out for a meal because they want to, but because it would look cool on Instagram. Sure, it’s awesome if you happen to shoot a nice photo of your dinner, but you know what’s even better? Eating a warm meal whilst paying attention to your date!

What drives you to keep doing what you’re doing?

Passion and fear of missing out. I’m constantly fearing that if I don’t do something or jump into a new project I’ll get stuck or my work will become irrelevant. I can’t be static! I love traveling, learning and exploring too much.

This behaviour can be stressful at times and sure, I occasionally have to book my dedicated “chill time”… ridiculous, I know! But I’m so happy with the work I create and the opportunities that arise when you give it your all.

How would you describe your interior style?

Cosy modern. I like mixing a few modern pieces with comfort. Think thick blankets and mid-century tables, or pine scented candles and copper trays. I used to like crazy colourful patterns, but I think I’m moving towards more neutral tones with a few pops of cheer.

Are you associated with any gay communities, either in person or online? How much of an affiliation do you feel with them?

Grindr? Haha. No, not really, other than having a very close group of gay friends. I do whatever makes me happy in whichever community it happens.

How would you describe the gay culture in Vancouver?

Well, to put it politely, it’s still very much in development. Other cities like San Francisco or Los Angeles have been around for so long that they have lots of gay history but Vancouver is a very new city. Neighbourhoods are still being defined and in a similar sense, the gay community here is also figuring out what to do.

One thing’s for sure though, Vancouver is incredibly gay friendly. I’m lucky to be in such a gay-positive city – even our Mayor has been known to DJ at gay parties!

Vancouver is a very new city. Neighbourhoods are still being defined and in a similar sense, the gay community here is also figuring out what to do.

How does your sexuality influence your work, if at all?
Not at all. My sexuality doesn’t influence one bit of my life, other than the person I love or make out with. Despite being Mexican Catholic, I didn’t have to deal with any huge issues when I came out, other than my Mom being bummed because she wouldn’t be getting any grandkids from me!

Openly gay food bloggers, such as Gastrogays, and magazines, such as Jarry and Mouthfeel, seem to be celebrating sexual diversity as much as the food itself. Do you think there is an intrinsic relationship between good food and gay culture?

I think it’s just one of the many gay clichés, like saying gays have great style. Sure some of us do (notice the “us”, so humble hey?), but I’ve also met gays that think Crocs and socks are formal attire. Similarly, I know gay guys that couldn’t give two shits about food and eat canned beans everyday…dear god!

But, and here’s a big but, I do embrace this cliché because I personally think it’s a good one! I would rather have people thinking we are excellent cooks and host great dinner parties than thinking we are the offspring of the devil or some nonsense like that.

Plus I love that all these new, interesting and hip gay publications are becoming so popular. For so many years we’ve had to endure countless Maxim cover images featuring tits, burgers and not much else. It’s about time the gays made it into the scene with great looking food and even better tasting men. Wait…the other way around? Or not!

What are your future aspirations? What’s next for the Artful Desperado?

To take over the food world! But for now I’m focusing on expanding my work across different platforms. One of them is teaching, which I love. Total surprise by the way; I had no idea I’d like it so much! I really get a kick out of hosting workshops and seeing people excited about learning.

Besides that, I would also like to work on a book which may be happening quite soon… So far, that’s all I have in my pipeline, which is probably more than enough.