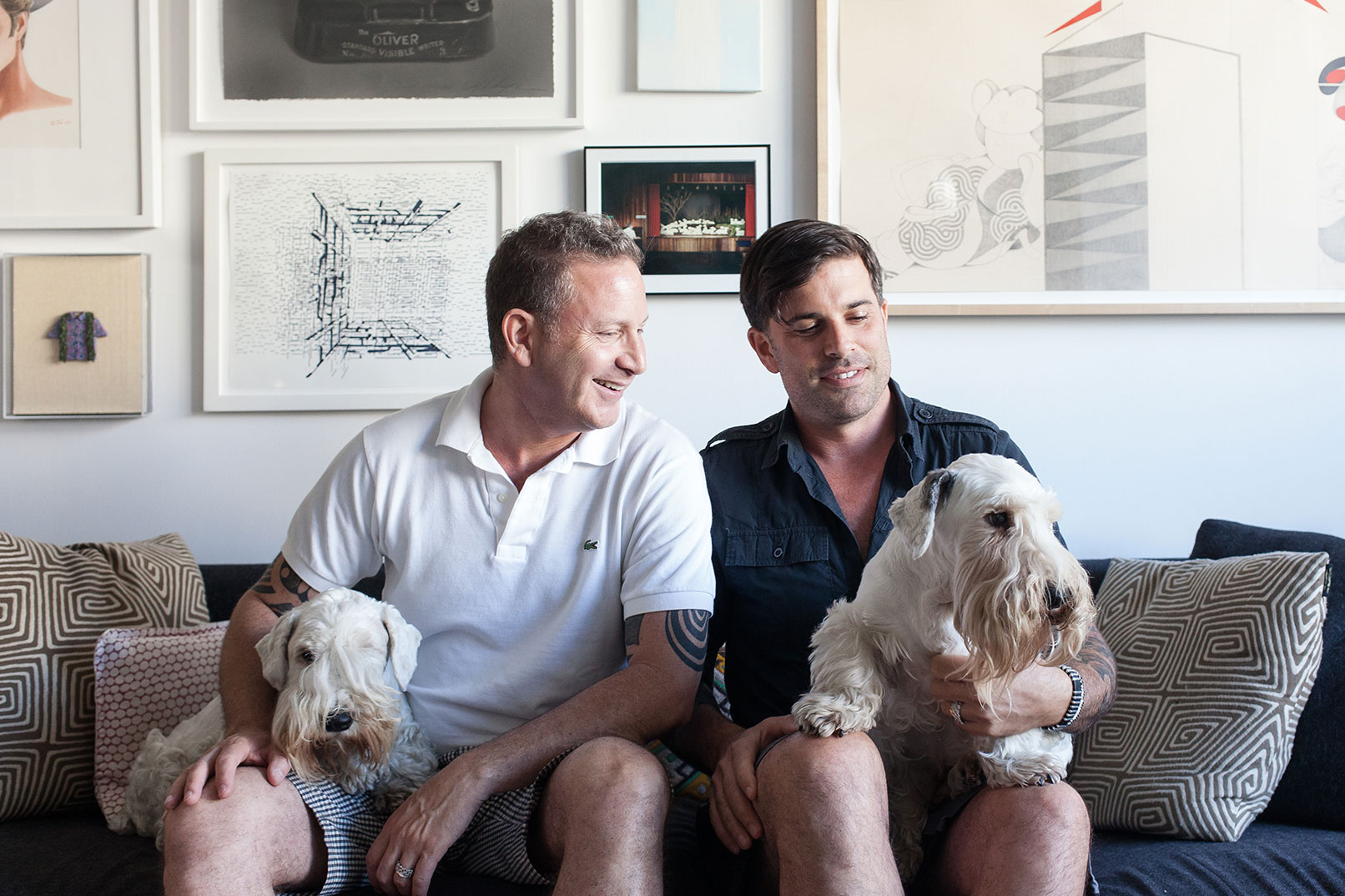 The online landscape is ruled by the tastemaker. Dictating conversation, these trendsetters form a trickle down from Internet cool to IRL success stories. What goes on online isn’t something that happens in a vacuum anymore – it’s a sophisticated means of communication.

Evan Orensten and Josh Rubin were way ahead of this curve. The New York-based couple are the guys behind Cool Hunting, an online mainstay championing the now. Founded in 2003 by Josh – the site’s Editor in Chief – Cool Hunting quickly became a family affair with husband and now business/life partner Evan, working as the site’s Executive Editor.

On a bright Sunday morning, we caught up with the power couple and arbiters of the in to hear more about how they met, how they work, and how gay life is changing in New York City.

Online, it seems like you’ve always been together. How did you meet and what is the story behind your initial pairing?

JOSH: We met in 1999. I was finishing grad school when a mutual friend introduced us. Evan was working at Razorfish, a digital agency I was interested in working at. I remember the day well – he met me at the reception and it was that total campy ‘love at first sight’ moment! It’s funny, because at that point we were both happily single and not actively looking for a relationship for the first time in a while.

We had four or five weeks of an unclear courtship. We kept getting together, neither of us sure about where it was heading. Finally we sorted it all out. It was over a weekend that the future became clear – it would be spent together.

In 2007, on our eighth anniversary, we got married for the first time. We travelled to Toronto because that was the only place we could go to get married at the time. Two years ago, when the gay marriage law was passed in New York, we got married again. Although the Canadian certificate was important to us, neither of us are Canadian, so there wasn’t much pride in it. As soon as we could get married in New York, we did.

How was Cool Hunting born and when did you start working together?

EVAN: Very early on into our relationship. As Josh mentioned, we both worked at Razorfish, but not together. We both left in 2001 and were each figuring out what to do next. Josh was headhunted by Motorola in Chicago but we were not particularly interested in moving.

Then 9/11 happened. At that point, we lived very close to the World Trade Center and the whole event caused us to reassess everything. We weren’t really tied to anything then so thought Chicago would be an interesting pivot. We moved out there but after a while, we realised it wasn’t for us.

Josh is very digitally organised and whilst in Chicago he decided to set up a blog as a means of logging what he was finding. Back then, Cool Hunting was just a section of his personal site and was simply an ongoing archive of what he found. After a couple of months, I began to get really annoyed because Josh would be glued to his computer every evening, updating the blog. We decided early on that if we didn’t do Cool Hunting together, it was going to drive us apart.

From then on, we started to collaborate more on it. There was a lot of change that year and just eight months after starting Cool Hunting in Chicago, we decided to move back to New York.

J: We both had 9 to 5 jobs when we moved back so Cool Hunting remained purely as a side project.

E: It wasn’t until 2009 that we decided to take Cool Hunting full time. We shut down the consulting company we’d opened a few years previously and focused on developing the site. We’ve been working on it together ever since.

You currently live in Chelsea, New York. When did you move in together and why did you choose to settle in this particular neighbourhood?

J: After we met, we spent the Summer meeting up in various cities around the world – Stockholm, Amsterdam, New York, San Francisco… We continued this long distance relationship for about 2 or 3 months before we both moved back to New York. At that point, we moved in together and we’ve lived together ever since. We initially moved into Evan’s apartment, which was about the size of an iPhone.

E: We called it “The Compartment.”

J: It wasn’t an apartment, it was a compartment!

E: We ended up at our current place after we moved back from Chicago in 2002. We only planned to stay for a year.

J: And we’ve been here for twelve now!

E: Chelsea has changed a lot in that time. When we moved here, it was an outlier area only visited for its art galleries. Now thanks to The High Line, our neighbourhood has changed dramatically. Now it’s full of fancy condo buildings.

Ten years ago, no one would even think to live here. It wasn’t on anyone’s cool radar.

Sounds like you Cool Hunted your own neighbourhood! How would you describe your home aesthetic?

J: Eclectic-modern. It’s a mix of old and new with a strong focus on simple lines. What makes us really happy about our space is that almost everything we own has a story behind it. There are things that we’ve found over the years that are tied to the places we’ve visited and the people we’ve met. Nearly all of our artwork was also created by people we know.

E: Our apartment has become a real refuge for us. There’s so much stuff in our work lives that it’s important for us to be able to escape it at home. Because we have such a small place, we have to be really mindful of that. We have a rule: if you buy something new, you have to get rid of something old. We’re at maximum density already.

The one thing that is always cluttered is our bathroom. It came with a really interesting shelving unit that has become our cabinet of curiosities. As Josh said, it contains all the things we’ve collected from various places around the world – the topper from our wedding cake, a seashell from Hawaii…

E: And family photos too. Things we have there that aren’t in the rest of the apartment. That space has gotten really cluttered, yes, but in a very special and contained way.

Tell us about the gay community in New York City. How has it changed over time?

J: What we’ve seen over the years is the de-ghettoisation of New York’s gay scene. When I moved here in 1997, we would go to gay bars, Fire Island and other spaces where we could ‘be gay.’ There’s always been a big community in New York and it was never the most dangerous of cities to be openly gay. But, we always felt more comfortable to go to places where you didn’t have to worry about any potential homophobia.

These days, there are fewer and fewer gay bars in New York. The numbers and popularity are decreasing rapidly. We know many openly gay couples in their early to mid-20s who care a lot less than we did at that age. They hang out wherever they want to hang out. It’s all very mixed. What’s going on in New York now represents the mainstreaming of gay culture and the decreasing need to have designated gay spaces to go.

E: I think part of this change is also due to sex. Previously, if you went to a gay bar, you knew you would find people who may want to have sex with you. If you went to a straight bar, it was much more confusing. Technology has changed that. Gay people no longer feel a need to aggregate in those social spaces just to hook up because it’s being done more efficiently online. Everything is changing.

It’s great to be a part of a mass cultural shift but we still have a strong sense of nostalgia. It’s very generational.

What’s going on in New York now represents the mainstreaming of gay culture and the decreasing need to have designated gay spaces to go.

Do you feel the same way about your work? Do you see your sexuality informing or affecting the work that you do?

What have you been working on recently and what’s next in the pipeline for Cool Hunting?

J: We recently hosted a travel experience for the Cuba biennale. Evan and I attended two years ago and fell in love with the artwork and decided we wanted to do a Cool Hunting trip tied to that event. We started working on it eighteen months ago and travelled with 26 others. There was also a gay couple on the trip who we’re very close friends with — and they got engaged. We helped them make it happen. It was a whole production with dancers and lip synching and flash cards. It was an extra special moment for everyone who was there.

E: It was a total tear-jerker.

J: We also recently launched The Cool Hunting 25 – a list of twenty five up-and-coming makers who are defining the future. Almost everyone in our audience is working in a creative field – they’re writers, musicians, artists, creative directors, architects – and whatever they are working on is stuff consumers will experience at some point in the future. We like to think our audience is designing the future – and they’re coming to us for information and inspiration. It’s our responsibility to inform that future. We wanted to provide a platform for this lesser known talent to let the world know who they are, what they’re doing and how they’re going to change the world.

E: We’re really excited about the Ch25. We’re now in a quiet period so who know’s what’s next… 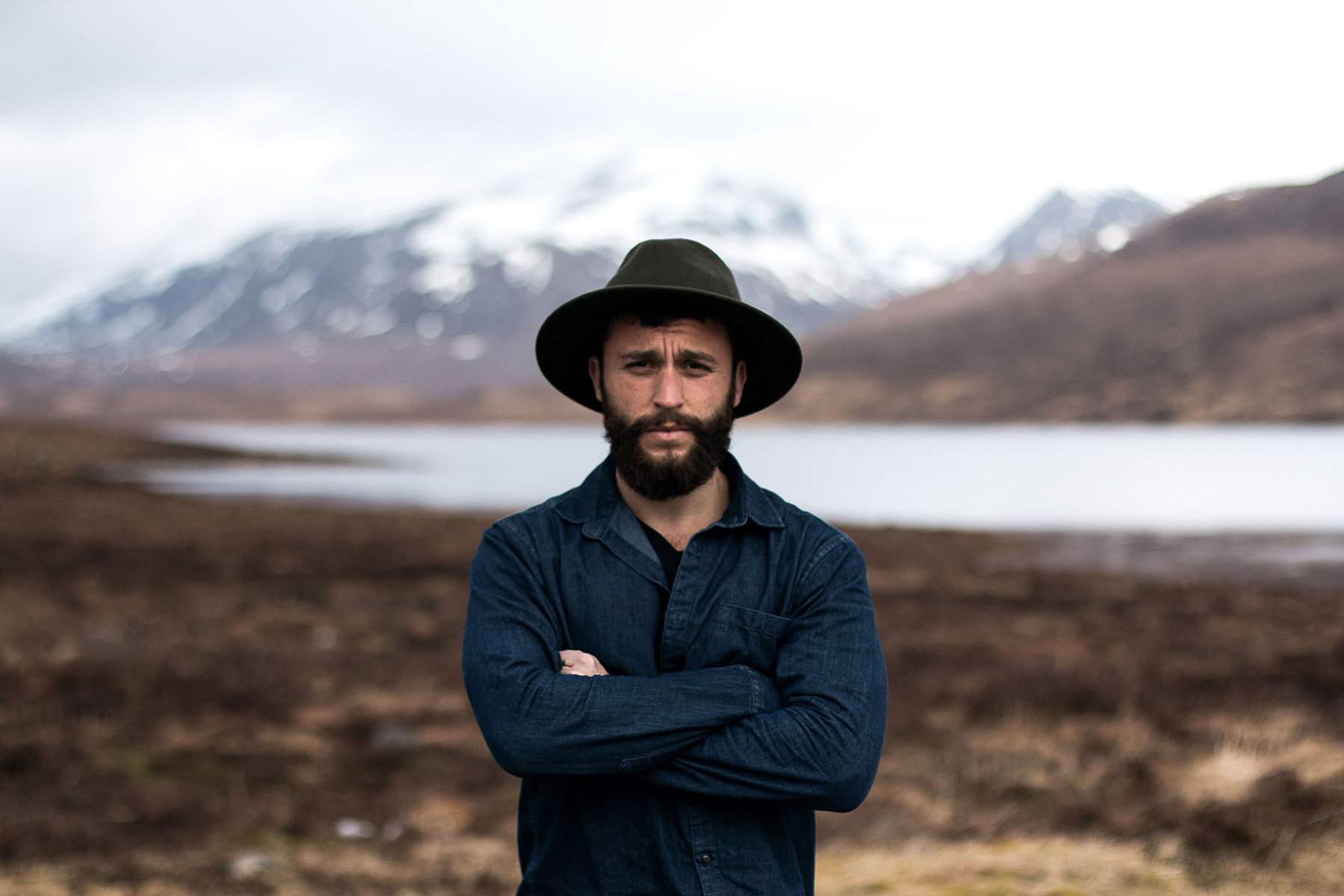